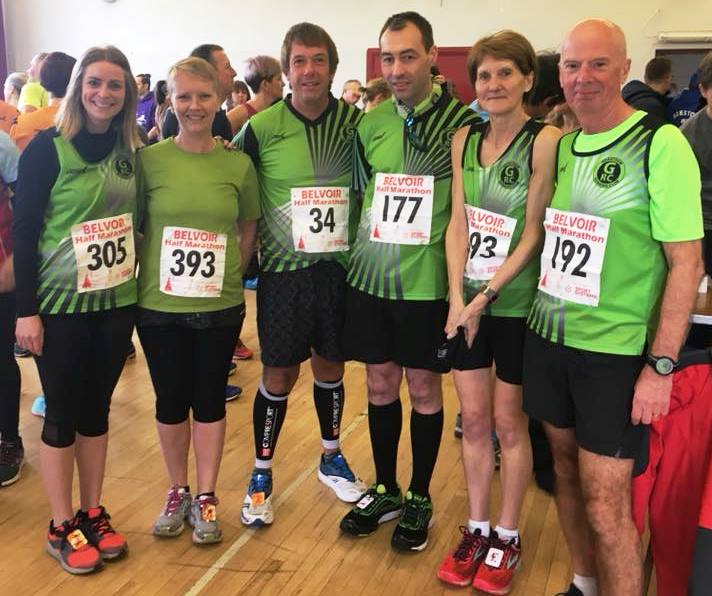 A total of  ten runners from Grantham Running Club took part in the Belvoir Half Marathon on Sunday 8th April. The annual race takes place on a flat but often exposed course which starts & finishes at Hose village hall. Conditions on the day were good for running with light drizzle & very little wind.
Notable performances for GRC included Tony Johnson who returned to form after recent health problems by breaking the ninety minute barrier. He finished with a time of 1:29:22 with an age grade score of 76.23%. Craig Drury bagged another half marathon PB by bettering his recent performance at the Keyworth Turkey Trot, he crossed the line in 1:43:06. Julie Braker continued her impressive string of age grade performances by yet again scoring almost 85%. She recorded a time of 1:56:33 scoring 84.97%.