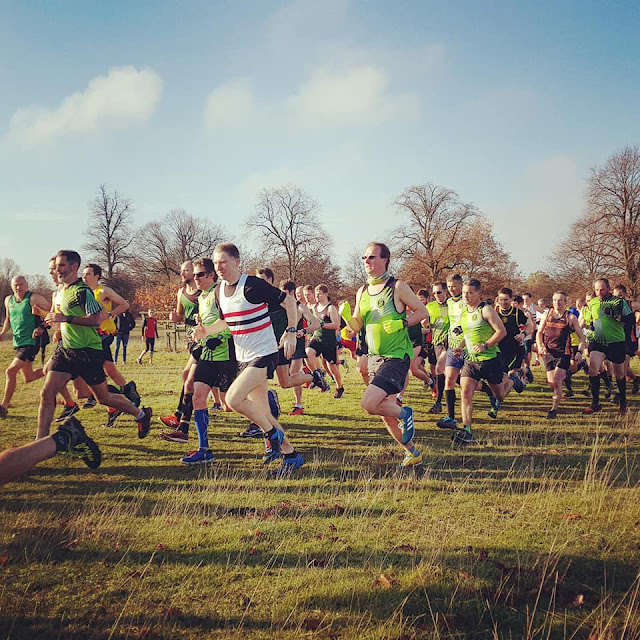 Racing over a 6.6km course and first home for the GRC women’s team was Penny Hodges, who ran excellently to finish eighth in 29:09. She was followed by Caroline Davis, who finished 16th (32:13) and Willow Stacey, who had a fine race on her debut with the club to finish 29th (33:15) and be the third and final counter. A score of 59 points earned the club a fine fourth place on the day. 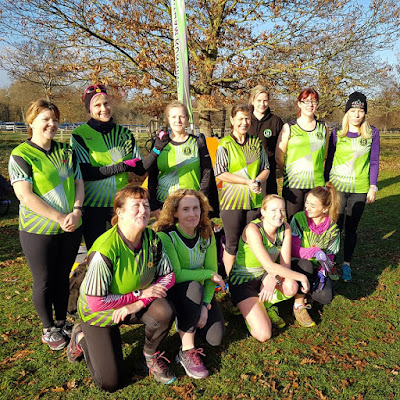 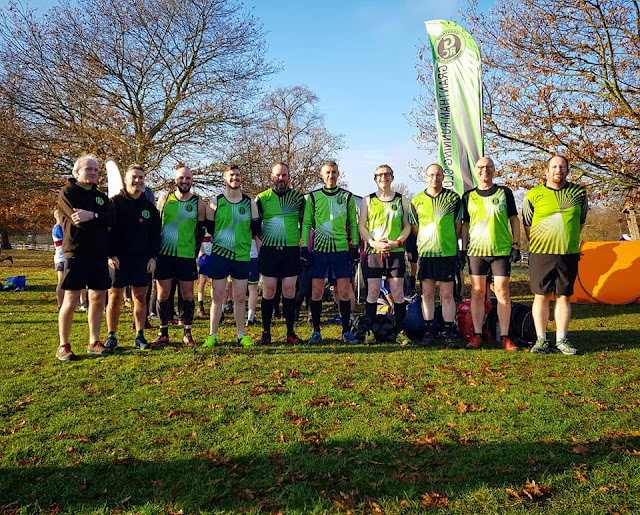 With gender equality in cross country a contentious issue currently, the men raced over a longer 9.7km course, which took in two large laps around Belton House that included a testing climb at the beginning of each lap, but was otherwise predominantly flat to gently rolling with plenty of variation in scenery to make it in an interesting, moderately challenging, course.
First home for GRC was Matthew Kingston-Lee who, after five years with the club, finally made his debut in the Lincolnshire Cross Country League and was rewarded with a fine fourth place finish, clocking 33:50. This was his comfortably his best ever XC League result, partially helped by the dry conditions underfoot and the total lack of mud, which he struggles greatly to run on!
Matthew was followed by Grant Davies, who ran solidly to claim eleventh place (36:09). The third and final counter was Peter Bonner who, like Matthew, had raced the Henlow 10 mile road race three days earlier, and ran excellently on tired legs to finish twentieth. He was pushed all the way by club mate Stuart Sinclair, who clocked the same time (38:16) and finished one place lower.
This gave the club a score of 35 points, the lowest of the three races so far, and equalled the third place overall they secured at the second race. Currently eighth in the overall standings after three races, it is a shame the club scored poorly in the opening round, otherwise they would almost certainly be in the top three and fighting local rivals Grantham Athletic Club for second spot.
Behind the first four, eleven more GRC runners crossed the finish line: Richard Payne; Nick Rossington; Stefan Latter; Paul Davis; Chris Toon; Clive George; Craig Drury; Samuel Jepson-Rivers; Tommy Napier; Paul Jepson; and Martin Carter.
A special mention should be made for Nick Rossington, who made a heroic effort to chase down Jonathon Dennison of Beverley Athletic Club. The photo finish for 35th place may have been awarded to the younger charger, but Nick’s valiant sprint brought about the biggest cheer of the day and firmly embodied the team spirit that cross country racing imbues. 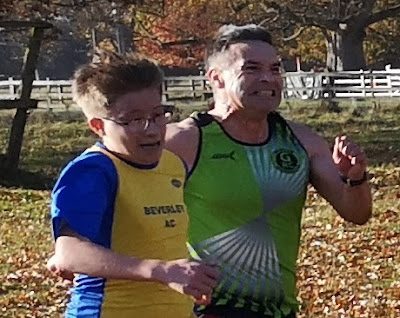 The men’s race was won by William Tucker of Grantham Athletic Club in 32:33, with Lincoln & District first in the men’s standings with 18 points. The fourth and final race in the league, scheduled for December 9th, has been postponed, but will hopefully take place in the New Year.
Men’s U20/Senior/Veteran Results