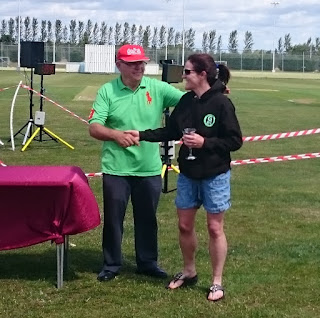 Grantham Running Club’s Catherine Payne won first prize for her age group at this year's St Ives 10k in Cambridgeshire on a an undulating course that climbed up to the exposed taxiways of RAF Wyton before looping back to the town itself. Although Catherine's time of 44:23 was well down on 2014 it was a pleasing return to this distance after a gap of 10 months concentrating on much longer races as well as her third win in the last five years at this event. Also running was team mate Robert McArdle also in his first 10k of the year who was delighted with a time of 47:33 as he returned from injury.