Eighteen members of Grantham Running Club made a great start to the 2017 road racing campaign with a strong showing at the Folksworth 15 mile race on Sunday 22nd January. Runners were treated to blue skies, albeit with temperatures barely above freezing for the popular early season test for distance runners.
First home for GRC was Matthew Kingston-Lee, who bettered his previous best time set in 2014 by eighteen seconds, finishing seventh overall, and second V40 finisher, in 1:28:21. He commented afterwards: "It was a fairly lonely race to be honest. I passed a runner at two miles, pulled clear, but barely saw another competitor for the rest of the race. All I had to keep me concentrated was my watch and the support of the marshals and spectators."

Chris Limmer followed in 1:32:09, pleased with thirteenth place and a time several minutes better than his pre-race prediction. Also happy with his run was Gav Meadows – 1:44:34 was four minutes faster than his effort in 2016, Matthew Williamson was thrilled with 1:47:33 – the furthest he has ever raced and Andy Atter showed great form as he concentrated on marathon pacing, yet still clocked an assured 1:48:23. Rob McArdle (1:54:30) was a fine fifth in the V55 category, just beating home Pete Bonner (1:55:25), who a day earlier celebrated his 200th parkrun finish at Belton House.​

(Member of the month in red) 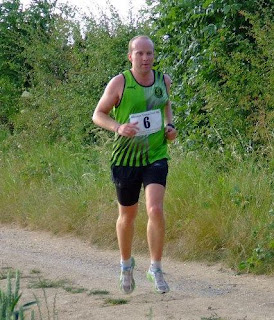 Grantham Running Club's Paul Rushworth travelled to Helsby to take part in the Four Villages Half Marathon. The scenic road race, through rural countryside, passed through the Cheshire villages of Dunham on the Hill, Mouldsworth, Manley, Alvanley before returning back to Helsby. The race, accurately measured at 13.1 miles and with 560' of climbing took place in wintry conditions. Runners had to contend with driving rain, sleet and high winds on the most exposed parts of the course. The year 2017 marked the 34th running of the popular event. There were over 2500 runners taking part. Paul returned home in 1 hours 42 minutes and 09 seconds giving himself plenty of room for improvement ahead of the spring racing season. Runners were rewarded with a goody bag that included a pair of green 'Four Villages Half Marathon' socks, a Mars bar and a fruit drink. The free hot drinks adjacent to the finish were more welcome in the wintry conditions.