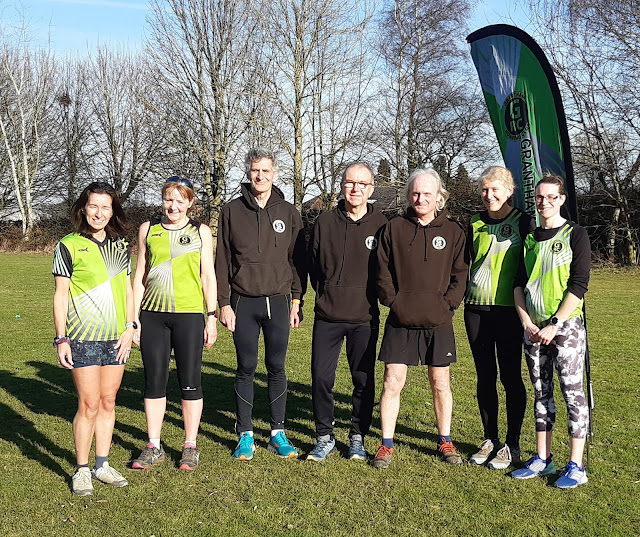 The final fixture of the Lincolnshire Cross Country League took place last Sunday at Witham Way Country Park in Boston. The unseasonably mild, sunny weather conditions were a pleasant change from some of the conditions at previous fixtures and made for an enjoyable morning.

The men were first up in a 4 lap, 10K race over a pretty flat, dry but technically challenging course with testing cross gradients. Rob Howbrook, acquitting himself well with an impressive run, finished first for GRC and in 20th position overall. Also finishing strongly for the club was experienced cross country and ultra runner Andrew MacAllister. He was followed by Paul Davis, who put in a dogged performance to bring the team home.

For the GRC ladies, Rachel Hamilton, in only her second cross country appearance for the club, had a perfectly paced race which earned her the position of first female Vet and 7th overall. Caroline Davis, who had another strong race, was next to finish for GRC in 12th place overall and first in the FV50 age category. Michelle Parczuk put in a great effort to finish close behind coming in in 13th position and second in her age group. GRC's Ladies Captain, Sarah High, brought the team home finishing first in the FV55 category and in 14th place overall. 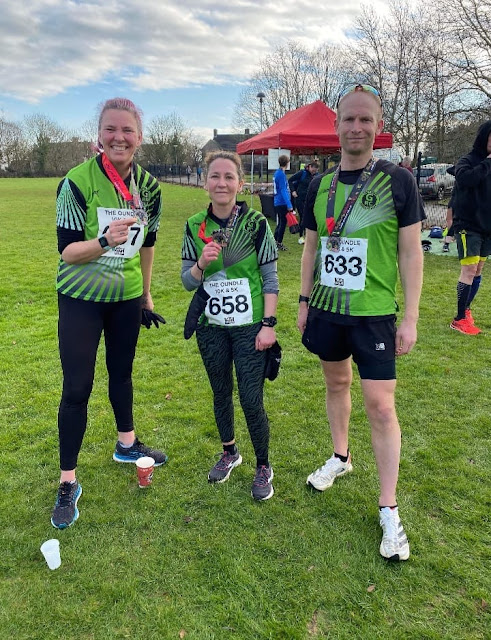 The Oundle New Year 10k returned to its usual slot in January 2022 after last year's event being moved to the spring due to Covid. The route follows a scenic and very undulating course along wide, country lanes in the villages surrounding Oundle, including Cotterstock and Glapthorn.  The 10k race consisted of two laps of the course.

3 members of Grantham Running Club made the trip to Northamptonshire and first through for the club was Gav Meadows in 41:09, a time he was very happy with on the gently undulating course.  Next was Nichola Webster in 57:42, a little way off her PB but she was pleased to be working her way back to her best.  Rounding off the GRC representation was Louise Kennedy with a PB of 1:04:45, beating her race from the previous week by 5 minutes and improving on her previous PB on the course set in 2018 by 2 minutes.

Finishers were rewarded with a bespoke medal, mince pies, Jaffa cakes, bourbon biscuits or haribos. The men’s 10k was won in 34:14 by Richard Gibbs of Skegness DRC.  The first placed woman was Natasha Martin of Kettering Town Harriers in 38:25. There were 270 finishers in this race.


On the 9th January a hardy bunch of Gratham Running Club members headed over to Biscathorpe near Louth for the Lincolnshire cross Country Championships.  In contrast to recent events the weather was much kinder with some actual sunshine.  However this didn't prevent the course being an incredibly challenging one with plenty of mud and water for the runners to contend with.  Jason Walker commented that somehow the terrain managed to be simultaniously boggy and frosty which was a special kind of challenge.

First off were the men who ran 10k.  The winner was Matthew Bowser of Lincoln Wellington in a time of 33:08.

The women's race was 5.7km and the first lady back was Claire Cooney of Lincoln Wellington in 24. For GRC, Caroline Davis came home first in a time of 31:15, followed closely by Michelle Parzcuk in 31:43 and Sarah High in 32:02. 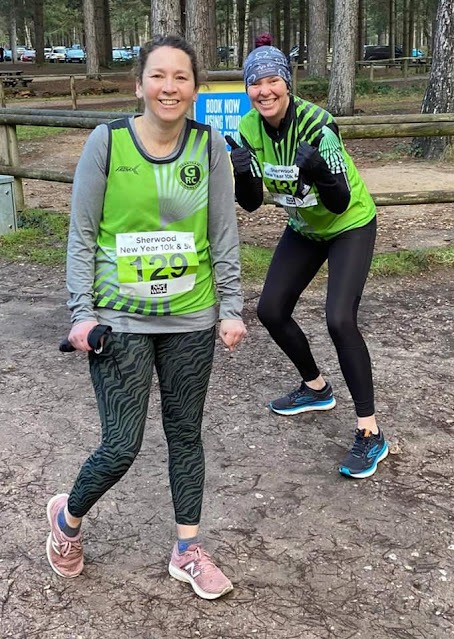 On the 9th Januray Nichola Webster and Louise Kennedy of Grantham Running Club travelled to Nottinghamshire to take part in the Sherwood Pines New Years 10k.  The race route followed a scenic course using the undulating tracks and trails within the picturesque forest.

Despite the chilly conditions, both runners really enjoyed kick starting their running year and are looking forward to some warmer races.First back for GRC was Nichola in a time of 1:01:02 then Louise followed in 1:11:37. 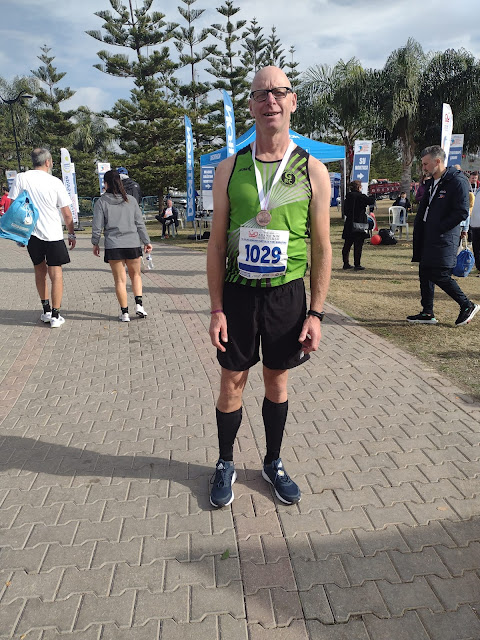 Claiming to be genuinely missing the dismal weather of the UK in January, Grantham running Club's Nev Chamberlain continued his globetrotting adventures by running the Adana Half Marathon in Eastern Turkey.   Enjoying the far more agreeable climate, he clocked a time of 1:58:00 on his watch which he was very pleased with given that it was his first half marathon since 2018.
Posted by GRC at 9.1.22 No comments: