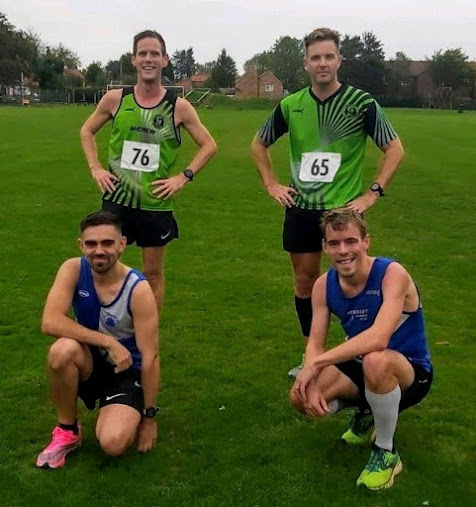 The organisers of the Bassingham Bash went to great lengths this year to host a race under strict COVID-19 conditions, capping the field to 150 (Actual finishers 89), with a maximum finish time of 37mins for men and 41 mins for ladies. With the usual emphasis on fast times, the race attracted top athletes

from all over England, including 4 of our very own from Grantham Running Club. Starting in pods based on predicted finish time runners were in good company from the very start.


First off was the rapidly improving Matthew Williamson running for his 1st claim club Newark AC. After a mile, Matthew suffered a shoelace malfunction but luckily his shoes held tight to allow him to kick-on into the strong wind for the final 2 miles. Matthew was delighted with his time of 28:54, a PB of over 1min and finishing 5s ahead of international athlete Gemma Steel.

Next was Chris Limmer who was also representing his 1st claim club Hinckley RC. Chris starting from the pod behind Matthew in his first race for 6 months declared that he was rusty but really glad to be back racing again. His time was some way off his best but Chris was pleased to dip under 30mins with 29:43.

Next up were the GRC green vest wearers Aaron Smith and Andrew Pask. Aaron starting in the pod ahead was away 10s sooner but within 1 mile Andrew was chasing him down. Andrew was chipping away at Aaron's lead until the final mile when Aaron realising he was on for a gigantic PB kicked-on to finish strong. Clocking a huge 5min PB, Aaron’s time of 31:49 was just reward for all of his hard training during lockdown. Andrew finishing close behind with 31:52 was also pleased with an unexpected 24s PB in the challenging conditions. 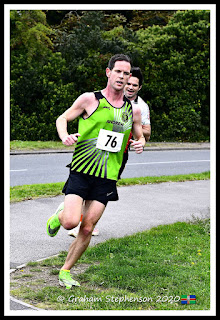 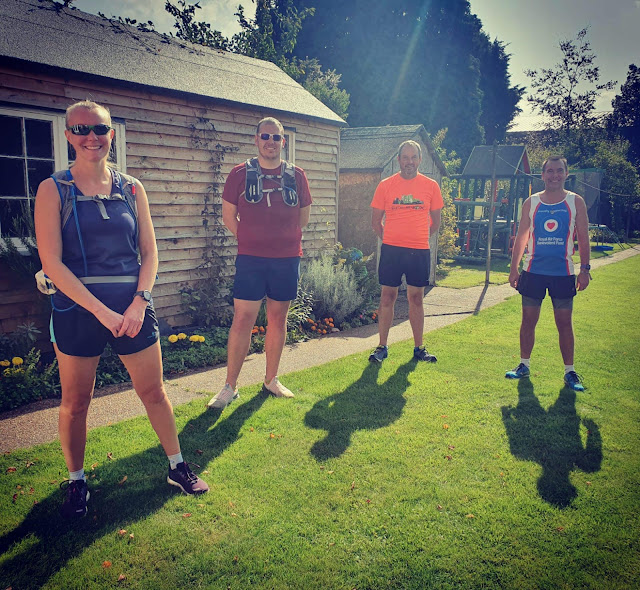 On 19 September Grantham Running Club’s ultra-marathon runner Holly Durham embarked upon the Virtual Equinox 24 hour race. The race, usually held in the grounds of Belvoir Castle is a firm favourite with club members. Participants compete in teams or as solo runners, with the aim to run as many laps of a 6 mile loop as possible within a 24 hour period. This year, like many other events, the race was cancelled and runners were invited to participate in a virtual event instead.

Despite little training, last years’ second place female, Holly, chose to complete the challenge running various routes around Grantham and the surrounding villages for 24 hours. Weather conditions were favourable for her and her team of fellow club members who supported her during the day and throughout the night, enabling her to complete an epic total of 75 miles/122km.

After the event Holly remarked that she was very pleased with the distance achieved and especially grateful to her support team for their encouragement throughout the virtual event. The race closes on 20 October and Holly is currently placed third on the leader-board with the first placed runner completing an incredible distance of 162km.